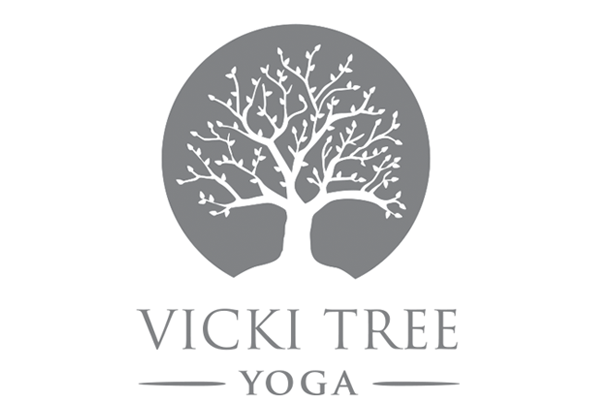 Posted on September 11, 2015 By Virginia Gingras 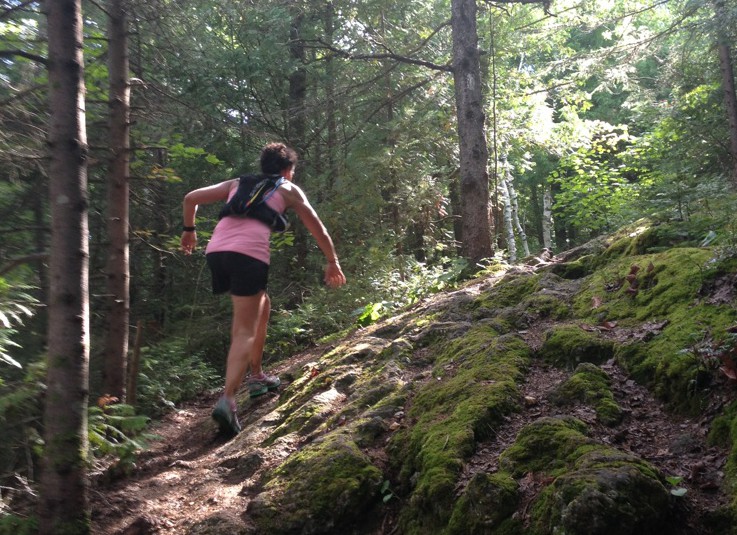 What a start!!! Virginia finished her first day as strong and driven as ever!

Hello everyone. My name is Vicki, Virginia’s oldest sister. Over the next two weeks, I will have the privilege of chronicling for you, Virginia’s extraordinary journey.

Cathy, Gin & Vel Thumbs up for the start

At 0530 this morning, with headlamp firmly in place, Virginia made her first strides into a running challenge most of us couldn’t comprehend. Trainer, Cathy Gallagher, ran by her side for every step of this big 85km day. Sister, Velma Vos, joined her for 25km and her husband, Ray Gingras, pinch hitted for 10km. The icing on the cake was when fellow ultramarathoner, Tim Grant, drove 3hours to offer his experienced support for the last 17km. 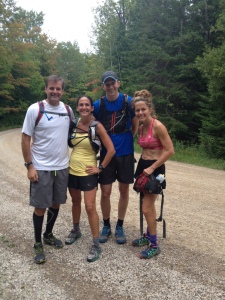 As you can see, there was no lack of support…..

Support, this is a word you will hear Virginia say often when she talks about her recovery through her struggles with depression. Support, this is why she is running…to raise the funds so that youth can have better access to mental health services. Support. 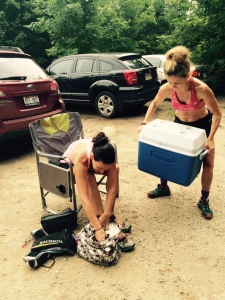 With great support & great weather, the day was going as smoothly as it could possibly go …until they met a rattle snake. Around the 50km mark, Gin & Cathy came across this unexpected cheerleader rattling away in the middle of the trail. They eventually spooked it and it slithered away. However, they were left paranoid and the pace slowed down as they continued with sticks in hand. Vel & Ray worried as they waited at the next refueling point. The girls were an unusual 45min late. With tracking & cell phones now out of service, they were left wondering what had happened after passing the rattler. When the runners finally emerged through the trees, nerves were calmed and they regrouped. It’s no wonder they welcomed Tim with extra open arms 10km later —  he willingly ignored the “ladies first” rule and ran in the lead, insuring a snake free path.

See the videos below for details on her finish.